Thanks, for comment on my blog.I hope all of you will continue will be keep in touch
like this way...........
Posted by rifat akter at 8:55 PM No comments:

Hello every one how are you?
I hope you all are well, I was busy for my exam but now I hope I will regular about my blog.
Posted by rifat akter at 8:15 PM 3 comments:

Hello everyone how are you?
Posted by rifat akter at 7:46 PM No comments:

Childhood of a girl

CHILDHOOD OF A GIRL
Every person has a childhood because every child has childhood. He or she must remember their childhood sometime. I know one girl who shares her childhood with me but she is not a blogger so she can not share with the whole world .But I am a blogger so, I can share her childhood with everyone. The girl also can remember her childhood. In her childhood She used to play with her friend and went for study also. Some of them were best friend of her. They meet each other and recall their childhood. When They talk about their childhood’s event then they enjoy very much. But her childhood is not full of happiness. She was born in a poor family so in her childhood she didn’t get all the things according to her expectation. Some of her friend was from very rich family and they had so many things but she hadn’t. Some time she missed all this things but she didn’t say anything to her mother because she knows her mother will not be able to bring it for her. In her childhood her mother always inspired her for her study. Her mother was not so high educated women but she was intelligent. She knew the importance of women education because she wanted to become educated also but she could not, so she always wanted that her daughter will be high educated. It was not easy for her but she did struggle a lot for this. In her childhood she hadn’t money enough to read in any high stander school like others. So her mother admitted to her in a primary government school. After then when She passed primary school. Her mother admitted her in a local high school that time she got half free chance. Her brothers didn’t get this chance for study because they had to earn money for their family. They hadn’t several room for study .They lived in a small room of one aunt’s house. Some times when their teacher comes then She read in their aunt’s room. She is now very happy and satisfied for her present situation. Now she is a teacher of her aunt’s two daughters who didn’t imagine about she like this way. Altogether her childhood is full with sorrow and happiness. She likes to remember her childhood ever and anon. Now She is happy that She has shared her childhood with me frankly. There are so many girls whose life is like this child but some can success in their life and some dropout from their study. Then they start to work from their childhood. This girl’s life represents the entire destitute child in our country who are suffering from poverty.
Posted by rifat akter at 12:44 AM 1 comment:

Successful Man and End of his life

Successful Man and End of his life

This is the story that I am telling its real story. One child who was born a poor family. Their parents were not educated. They were two brothers and one sister. The name of the boy was Oashim, from his childhood he has to bear with many miseries. He didn’t continue his study that he wanted more for his poverty. His father every day forces him to go to work for earn money and don’t let him go to school. He was a porter in a market and his mother was home servant. His father misbehaved every day with his child but the boy could not say anything to his father. He always admires in his life. He tried to improve in his life. First when he worked as a porter then all the people love him as a hardworking boy. When he become little younger then he changed his profession one to another for earn more money. Some time he worked whatever he get, he sold vegetables. Later he work as hawker, he allocate newspaper from house to house and start to earn more money extra because his boss was very much satisfies on him. Then he acquainted with different people who were rich and start to get better propos for work. When he collects enough capital then he becomes a shopkeeper. His younger sister got married by his income and his father had died .Although he was very angry with his father but at the eleventh hour of his father he forgive his father as a son. He became an owner of a hotel and a successful man. When he is success in his life and more hopeful about his life then suddenly he died. This is the end of his life. He died with all his aspiration .It is sometime happen when a man become success then he can’t live long. May be this called luck. We should believe in luck…………….

Posted by rifat akter at 1:06 AM No comments:

Hi, I am RIFAT AKTER .I am a new blogger. I believe that blog is a view of my mind . I am trying to express the word of my mind through my cards.
I hope I will be able to do that. If someone like my cards then my work will success and I will get Inspire from that.
Posted by rifat akter at 1:29 AM 1 comment:

Labels: View of my mind

Welcome to my house 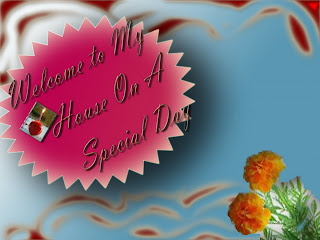 Posted by rifat akter at 1:27 AM No comments: